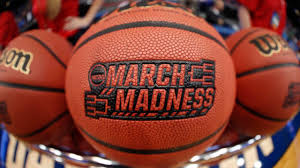 UNDATED – There’s been plenty of hype and excitement regarding Central Indiana hosting the entirety of the NCAA men’s basketball tournament. For the first time ever, all 67 games will be housed in one state, with six venues hosting games.

After Sunday’s Selection Show, it’s time to play basketball. Simon Skjodt Assembly Hall at Indiana University Bloomington will host half of the First Four games on March 18, featuring No. 16 seeds batting each other. Simon Skjodt Assembly Hall and Indiana Farmers Coliseum in Indianapolis will then host first- and second-round games March 19 to 22.

Below are the game times and television information for each game hosted at Simon Skjodt Assembly Hall and Indiana Farmers Coliseum.

For updates on scores and game times as the tournament progresses, visit ncaa.com. Fans can also stream all games live with the March Madness Live app.

“Making the Madness” is a feature series that explores the IU Bloomington and IUPUI students, staff, faculty, alumni, and venues involved in hosting the 2021 NCAA Division I men’s basketball tournament.