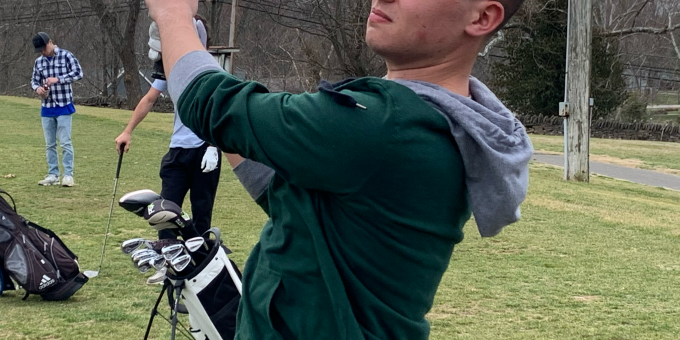 BEDFORD – Golf, according to legend Bobby Jones, is a game “played on a five-inch course . . . the distance between your ears.” Add a little more to that measurement for most of Bedford North Lawrence’s preseason roster. Haircuts, or the absence thereof, created some extra bulk and width.

Just another side effect of COVID-19. Long hair is back in fashion.

Something that won’t get cut? BNL’s senior class. Seven upperclassmen are included in the 20 players who swarmed Otis Park for the opening day of practice for the 2021 season. All seven have been assured a spot for the entire campaign. That’s a great herd immunity.

“They went through COVID last year, and losing one year is enough,” BNL coach Mike Wright said. “We want them to enjoy their senior year, regardless of how they will help us as a team. We’ll make sure they have a good year.”

The final five that will eventually comprise the starting lineup for the postseason will still have to earn their numbers-based status, but it’s probably a good bet many of the seniors will be among them. After a year away from competition, following the cancellation of spring sports in 2020, they have the inside track.

Colten Girgis, recovered from the back injury that plagued him in 2019, is a two-time Junior City champion. Jackson Jones has already signed with IU East. They are expected to shoulder a heavy bag for the Stars. Their leadership will help make up for lost time.

“We have zero varsity experience,” Wright said. “We do have guys that can play. Once we tee it up in a big-time tournament, it’s just golf. But will they be able to take that and build on the pressure that comes with it? And there’s a lack of course knowledge. Some of them have not seen most of the courses we will play. We’ll have our work cut out from the mental aspect.”

The rest of the senior group will include Ramsis Girgis, Klayton Brown, Max Nolan, Cameron Andrick and Gus Dusard.

BNL was also counting on junior Trevin Hutchinson, who got some varsity rounds in 2019. He’s currently sidelined for the next month with a left knee injury.

Who fills that void? Good question. “Can they compete at this level?” Wright asked. Another good question. The answers will be revealed. Golfers can’t hide. The scorecards speak for themselves. Even with the virus that shut down so many activities, golf courses remained open. So there was no excuse for sitting on a couch when a good walk around the course couldn’t be spoiled.

“We were fortunate because Otis wasn’t closed very long and Stonecrest was open the entire time,” Wright said. “Golfers, and any athlete, aren’t made during the season, they’re made in the offseason. That’s why Jackson was able to sign with a school, because he put in the work and showed what he could do.

“We’ll have a lot of competition. So they’re ready to go. How could you not be ready to go? Everyone is chomping at the bit.”

BNL will open the season on April 3 at Seymour.