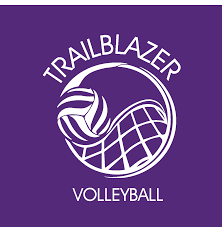 The first set started out as a back-and-forth battle, with the two teams even at three-all before Vincennes rallied to score the next five points unanswered.

The Saints again battled in the early stages of set two, holding a 5-4 lead before Vincennes went on a 9-0 scoring run.

Shawnee continued to fight but could only manage to score three more points in the set as VU took set two 25-8.

Vincennes had to again battle for the early lead in set three with the Blazers looking to complete the match sweep, holding a narrow 7-5 lead.

The Trailblazers would come together and rally as a team again, scoring 10 of the final 11 points to take set three 25-10 and the 3-0 match sweep.

“This was a challenge for us, not just because the time span between last night and this afternoon, but also the level of play,” VUVB head coach Gary Sien said. “I have to give credit to Shawnee, they were scrappy, they kept the ball up and they served us tough. There were certain points in all three sets where they gave us some trouble but we pretty well minimized that and went back to business on our end and just played.”

“Our goal was really just to be fast. When we serve, run back and get ready to serve so the officials can blow the whistle. Since Shawnee doesn’t play fast, we wanted to pick up the pace on our side. I thought we did a great job of that today. Overall, the urgency of making plays and keeping errors to a minimum was really good. This was another opportunity for us to be able to get everyone in to play, which we don’t have very many chances of that this season, so when we can do that it makes everyone feel really good about themselves, that everyone contributed to the win.”

Sophomore setter Savannah Grimes led the Trailblazer offense finishing with a double-double with 38 set assists and 12 digs. Grimes also had a block assist.

Freshmen Allyson Kuhl and Elizabeth Combs came off the bench to make their presence felt in a major way, with Kuhl finishing with four kills on a .500 hitting percentage, with a solo block and one block assists, as well as two digs. Combs ended her day with seven kills and one dig.

“We really only made about 12 or 13 hitting errors today, so if we pass well and get the ball to Savannah it is really hard to stop our offense,” Sien added. “Especially if we are able to run some crossing patterns which we had to do after the first set because Shawnee was just digging us, so we had to move the ball around and get different angles. We had to vary our offense a little bit and that really when we got going out there.”

“Last night and today we really picked up a lot of tips defensively, which was one thing we struggled with when we played Parkland and Lincoln Land. That was an adjustment on their part and we have to be able to make that adjustment on our end as well. But right now, our defense is swarming. Our right backs today were really exceptional, with Grimes and Metzger. We play Metzger all around after the first set and she can literally pick up half the court. We haven’t really given her an opportunity to play all-around but she showed that she can do it for us today. Grace Earp had another great digging game too, so we’re seeing both sides, our offense and our defense too.”

Vincennes will hit the road to take on Region 24 opponent Wabash Valley in a match that was postponed earlier this season. The match is set to start at 7 p.m. eastern.

“Going against Wabash Valley is kind of like the unknown because we haven’t played them yet,” Sien said. “We’re going to have to use that match as a feeling out type of match. Wabash Valley had a good start to their season, they restarted their program three years ago and I believe this is the best team they’ve had since they restarted. Just like everyone else, we can’t take them lightly, especially at their place.”