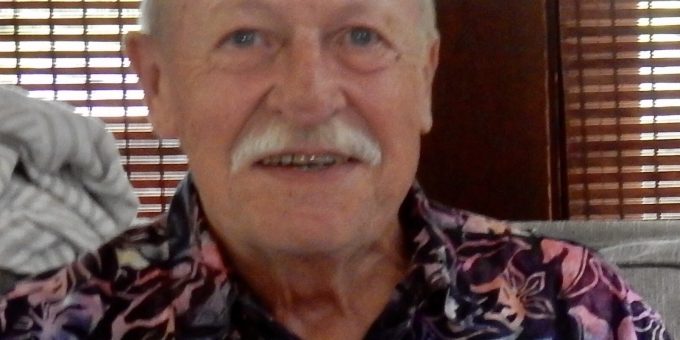 Daryl J. Bogus, 67, of Palmares, Costa Rica (formerly of Bedford, Indiana), died of lung cancer on Sunday, December 6, 2020, at his home in Costa Rica with his wife of 32 years, Joy, at his side after being diagnosed six months prior.

Daryl was born August 7, 1953, in Grand Island, Nebraska to Lucian and Salvina (Lewandowski) Bogus and grew up on his family farm in St. Paul. After graduating from St. Paul High School in St. Paul, Nebraska in 1971, Daryl enlisted in the United States Army, serving three years at Fort Carson in Colorado.

Over the years, Daryl’s work at Con Agra and GroMaster carried him across the Midwest with his four children Ben, Anna, Matt, and Tim. He lived in Alma, Nebraska, Groton, South Dakota, Great Falls, Montana, and Marshalltown, Iowa where he married his current wife, Joy Beth Reed, on December 17, 1988.

In 1991, Daryl and his family moved to Bedford, Indiana where they made their home together. It was there in 1997 while raising their family that Daryl and Joy opened the successful retail gift shop Backyards & Gardens, located on Old U.S. 50 in Bedford. Daryl and Joy co-owned and operated the popular store for seventeen years before retiring in 2013.

In 2014, Daryl and Joy retired to beautiful Costa Rica, adopting the “Pura Vida” way of life. Daryl especially appreciated the “Pura Vida” sentiment – the art of living a pure, simple life with an appreciation for the little things.

Daryl’s intelligence, wit, and sense of humor warmed all aspects of his life and relationships. Known for always having a good joke ready to tell and spinning a believable tale, his stories were often lovingly met with dubiously raised eyebrows, earning him the family title of “Head Story Teller.” He enjoyed reading (especially epic Westerns), writing and tending his tropical garden. He loved to travel to different areas of Costa Rica with his wife and saw beauty in all things of nature. Daryl enjoyed walking with his wife whether through the foothills of Costa Rica on a daily basis or on the beach, especially at sunrise and sunset. He was a playful grandparent beloved by his two young grandchildren and delighted in creating special moments and lasting memories with them.

He was preceded in death by his parents; brother and sister-in-law, David and Dorothy Bogus; brother Arnold “Arnie” Bogus; and brother-in-law, Daniel Panowicz.

The family has requested that remembrances be made in the form of donations to the American Lung Association.