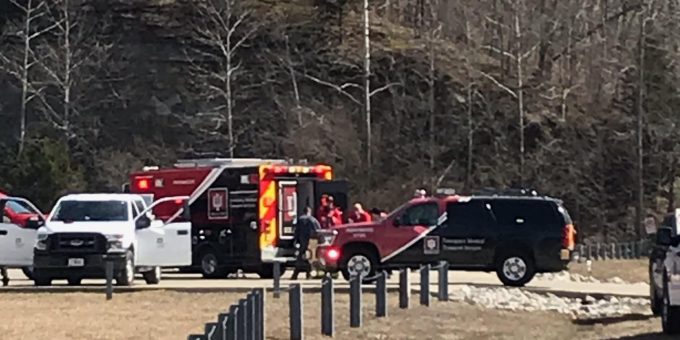 BLOOMINGTON – Monroe Fire District units responded to the Spillway on Valley Mission Road at Lake Monroe this afternoon to rescue an individual who fell at least 50 feet off a cliff.

People within the area heard a noise and found the person at the bottom of the cliff.

U.S. Army Corps. of Engineers employees arrived on scene and used their pickup truck to transport the patient from the base of the cliff to the parking lot where the ambulance was waiting.

The patient was transported to IU Health for further evaluation of their injuries.

The patient was conscious and able to communicate with the first responders on the scene.