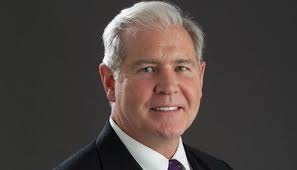 “Today, I reluctantly received and accepted Secretary of Commerce Jim Schellinger’s resignation. He informed me it was the right time for him to step down immediately and I have accepted his decision,” Gov. Holcomb said. “During Jim’s time at the helm of the Indiana Economic Development Corporation, our state has experienced record-breaking job commitments, increasing average wages and strong capital investment. I am tremendously grateful to Jim for his long service to the state of Indiana.

“We will move quickly to name another great leader for this all-important agency, so we don’t skip a beat with the momentum we’ve established to make Indiana a great place to locate, start and grow a business.”

As secretary of commerce, Schellinger led the state’s domestic and international economic development with four consecutive, record-breaking years for economic development in Indiana. In 2020 alone, the IEDC secured 282 commitments from companies to locate or grow in the state. Together, these businesses plan to invest more than $5.6 billion in their Indiana operations and create up to 31,300 new Hoosier jobs with average wages of $28.13/hour – marking the highest annual record for new job commitments and the second-highest annual record for average wages since the IEDC was established in 2005.

Prior to being named secretary of commerce by Gov. Holcomb in 2017, Schellinger served as president of the IEDC under then-Gov. Mike Pence, helping lead Indiana business growth and Hoosier job creation efforts as well as key initiatives like the Indiana Regional Cities Initiative. Schellinger was appointed to the role of president in August 2015 after serving two years as a member of the IEDC Board of Directors.

Schellinger was appointed by U.S. Secretary of Commerce Wilbur Ross to serve on the U.S. Investment Advisory Council, where he advised on national strategies and efforts to increase foreign direct investment.

An interim leader will be announced in the near future.