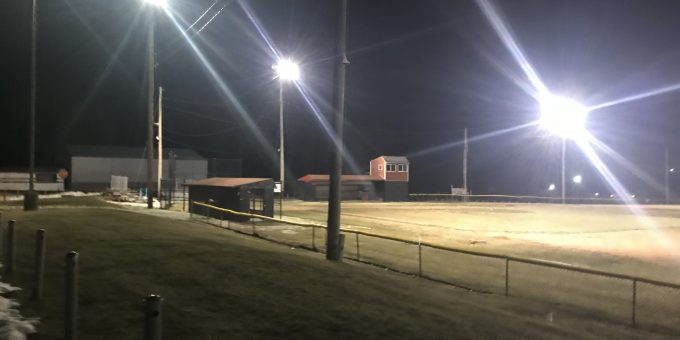 (OWEN CO.) – Owen Valley High School coach Ryan Wilcoxen had a brain bleed on February 19th, and the family learned that he would not recover.

Wilcoxen suffered the brain bleed while at home a week ago, likely caused by an arteriovenous malformation (AVM).

Wilcoxen became an organ donor and matches were made for his heart, lungs, liver, and kidneys.

Wilcoxen coached many teams before coming to Owen Valley in 2019, and last years season canceled due to COVID-19.

Ryan Wilcoxen was married to Ashley who is an assistant principal at Owen-Valley High School. Ryan and Ashley had two daughters, Grace and Delany.

The Owen Valley High School asked for high schools to illuminate their baseball diamonds for the next 48 hours following the announcement of Wilcoxen’s passing.

Twitter feeds had over 100 different locations across the state showing their support and condolences both to the family and his players.

“Through the gift of organ donation, Coach Wilcoxen and his family are providing hope and healing to others, and we are grateful for their incredible generosity. Donors and their families are heroes. One donor can save up to eight lives through organ donation and heal up to 75 people through tissue donation. Right now, more than 100,000 people are waiting for a lifesaving organ transplant nationwide, and over 1,000 of those patients are in Indiana. We offer our sincere condolences to Coach Wilcoxen’s family, friends, and community.”