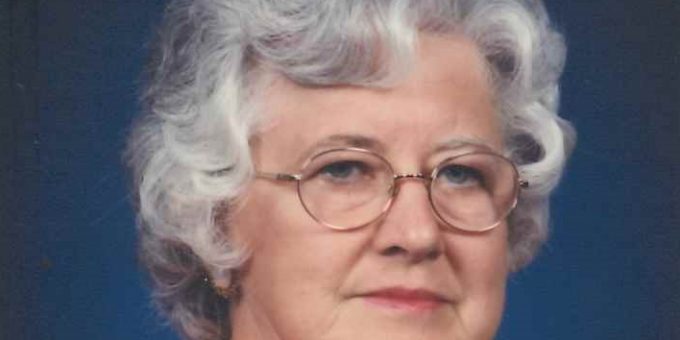 Born January 9, 1933, in Bedford, she was the daughter of John Lee and Iona (Jerrells) Williams. She married Philip Dwight Strauser on August 25, 1955, and he preceded her in death on September 16, 1992. She graduated from Needmore High School with the class of 1951. She retired as a bookkeeper for Citizens National Bank and attended the First Church of God in Mitchell. She enjoyed listening to gospel and bluegrass music and often attended the gospel and bluegrass music festivals.

She was preceded in death by her parents, her husband, and a brother, Roy Neal Williams.

Funeral services will be conducted at 2:00 p.m. on Saturday, February 27th in the Elmwood Chapel of the Day & Carter Mortuary with Rev. Robert Courson officiating. Burial will follow in the Judah Cemetery. Visitation will be from 11:00 a.m. until the hour of service on Saturday at the Day &
Carter Mortuary.

The family asks that friends consider memorial contributions be made to the First Church of God in Mitchell.