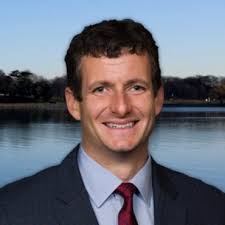 (WASHINGTON, D.C.) – From day one of representing his Hoosier neighbors across the District, Representative Trey Hollingsworth has been committed to reforming broken Washington.

Again, his first act in a new Congress was the reintroduction of his term limits Constitutional amendment, limiting the number of terms Members of Congress can serve in office.

“When our Founders established this great nation, they had a dream of a government by the people for the people, made up of dutiful public servants that would use their personal life experiences to better our way of life with the goal of eventually returning to live under the same laws they advocated for in Congress,” said Rep. Hollingsworth. “Yet, over the years, Washington has moved away from its founding vision. There are Members who have served ten, twenty, and even over thirty years in Congress, never having to face the reality of the laws they pass. I am proud to continue leading the fight for term limits to ensure Hoosiers have representatives who are serving their constituents’ needs first.”

This Constitutional amendment is the first piece of Rep. Hollingsworth’s government reform agenda. He also plans to reintroduce the Banning Lobbying And Safeguarding Trust (BLAST) Act into the 117th Congress. This legislation would place a lifelong lobbying ban on former Members of Congress.

Rep. Hollingsworth pledged to serve no more than 4 terms (8 total years) in the House of Representatives, the same timeframe proposed in his Constitutional amendment. He is currently serving in his third term.