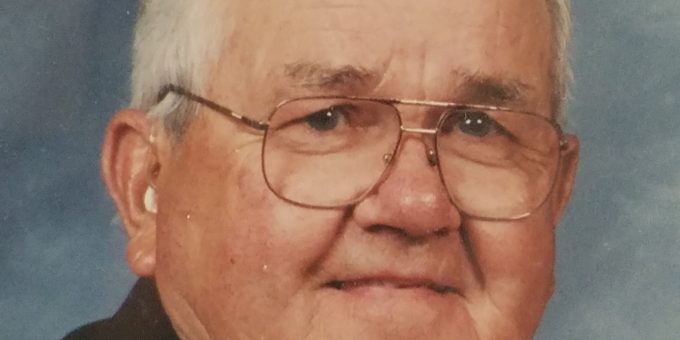 Born September 12, 1925, in Bedford, he was the son of Curtis and Goldie (Adams) Deckard. He married Thelma Lively on July 3, 1948, and she survives. He attended the Needmore High School. He was very patriotic and loved America. He joined the U.S. Army serving during WW II. He became involved in the stone industry at the age of 22 and continued until he fully retired at age 83.

Herman loved to travel, camp, and spend winters in Florida, however, his best times were spent with his family. He was a man of deep faith, attending Donica Church of God for thirty-five years. He currently worshipped at the Free Methodist Church.

He was preceded in death by his parents, three brothers, Ansel, Howard, and Harvey Deckard; a daughter, Patricia Norman; two great-grandsons (in infancy).

Funeral services will be conducted at 11:00 am on Friday, February 26th at the Free Methodist Church with Steven Deckard officiating. Burial will follow in Hanson Cemetery. Visitation will be from 4:00 p.m. until 7:00 p.m. on Thursday, February 25th at the Day & Carter Mortuary.

In accordance with CDC guidelines, masks and social distancing
are required.

The family asks that friends consider memorial contributions be made to the charity of one’s choice.