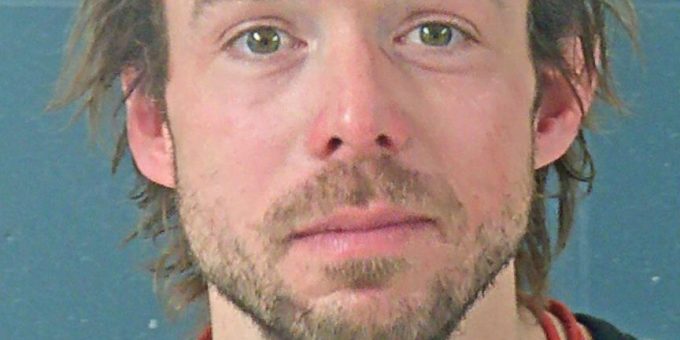 (BEDFORD) – A Bloomington man was arrested Monday night after a Bedford police officer stopped his vehicle on Beech Street for a traffic violation.

The officer said the driver, 33-year-old Carey McFadden, was intoxicated.

McFadden told the officer he had been traveling all day to Arkansas to pick up his daughter, but did not know where he was.

McFadden failed standardized field sobriety tests and was arrested on a charge of operating a vehicle while intoxicated and OWI refusal, after he refused to submit to a chemical test.

McFadden became belligerent and resisted the officers while they attempted to handcuff him. McFadden also refused to walk on his own, causing the police officers to assist him to the patrol car.

He was then transported to IU Health Hospital for a blood draw.

At the hospital, McFadden continued to be belligerent with both officers and hospital staff.

After the blood draw, McFadden was escorted from the hospital. On the way out, he complained of chest pains. McFadden was taken back inside the hospital for a medical evaluation and was later cleared.

He was then transported to jail on additional charges of disorderly conduct, and resisting arrest.

While at the jail, McFadden told the jail staff he had “used crack cocaine, mixed with other things”.