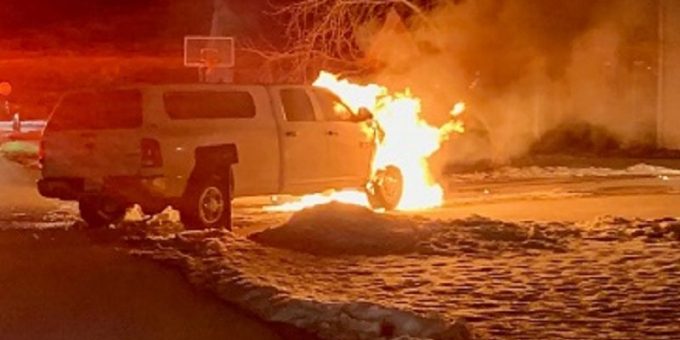 (COLUMBUS) – Two Bartholomew County Sheriff’s deputies used a department pickup truck to pull a burning truck away from a home this morning, saving the home from damage.

Deputy Sgt. Andrew Dougan and Sgt. Jarod Aspenson responded to the 500 block of Brush Creek Drive at 3:08 a.m. after a report of a vehicle on fire.

When they arrived they found the truck’s engine engulfed in flames. Both deputies attempted to put out the blaze using fire extinguishers but their efforts were unsuccessful.

Both decided they needed to move the truck to save a nearby home. Sgt. Dougan hooked up a tow strap and pulled the burning truck away from the home.