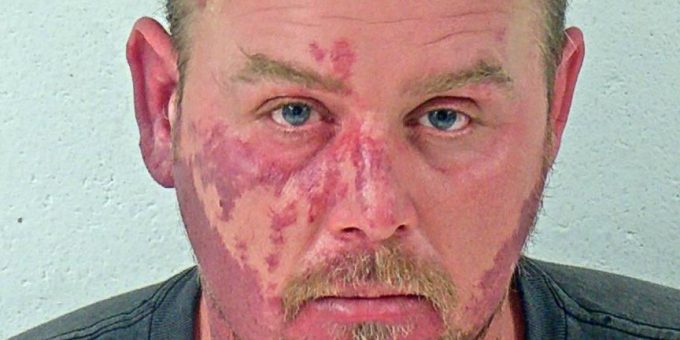 (MITCHELL) – A Mitchell man was arrested on a warrant on charges of unlawful possession of a gun by a serious felon and criminal recklessness.

According to a probable cause affidavit, on January 25, 2021, at 2:25 a.m. the Lawrence County Sheriff’s Department dispatch received a call from 38-year-old Johnny Feltner, of Mitchell, reporting someone was stealing his silver Ford Super duty pick up from the driveway in the 2750 block of Huron Williams Road and was now traveling toward US 50 West.

Feltner told police he had shot at the truck tires as it was leaving.

As officers responded to the home, one passed the allegedly stolen pickup followed by a black pickup traveling east on US 50 West.

Officers located the two trucks at Speedway Gas Station at the gas  pumps.

The female driver exited the vehicle and provided legally supported documents indicating she had repossessed the truck for Scott Sales, in Brownstown. She also provided evidence of proof for failure to pay by Feltner. It was also discovered the the license plates currently on the repossessed truck did not belong to that vehicle.

The female driver told police she heard the gunshots and the bullets hitting the vehicle.

Feltner’s shots did strike the truck, causing damage to right -back fender and the right-back tail light.

Central Dispatch then alerted officers that Feltner had just called and reported the truck could have been repossessed but he was unsure.

Police then went to Feltner’s home on Huron Williams Road where Feltner told police he was in the bathroom when he saw headlights in his driveway. He went outside and realized his truck was being stolen. He told police he stood on his porch and fired four shots from a .380 caliber pistol at the truck and hit all four tires. Police found four casings on the porch.

He then told police that a repo company could have taken the truck. He then played a voice message that was made on January 22, 2021 from Scott Sales saying he was behind in his payments and he needed to make a payment as soon as possible.

On January 22, 2021 Feltner showed police that he made a call to Scott Sales and spoked to a lady that told him he had until Monday, January 25, 2021 to make a payment.

He was then asked why he fired at his own truck and Feltner would not answer police.