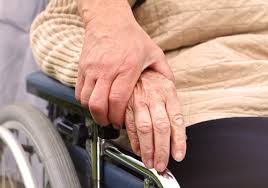 (WASHINGTON) – There’s been a worrisome increase in cases of elder abuse since the outbreak of the COVID-19 pandemic, reports the Association of Mature American Citizens [AMAC].

The senior advocacy organization’s CEO, Rebecca Weber, says the surge is mainly due to self-isolation and other preventative measures that are in place to combat the spread of the virus.

According to the Website, PubMed.Gov, Weber says, “Before the COVID-19 pandemic, elder abuse affected one in 10 American older adults annually. It has been assumed that the pandemic has brought with it a surge in elder abuse due to individuals ordered to stay at home combined with increased interpersonal stressors.”

The measures in place to deal with the pandemic can limit in-person visits by caregivers, friends, and family, making it difficult for the elderly living on their own to cope with physical and mental needs, leaving them vulnerable to abuse.

Weber explains. “And then there are those unpaid family caregivers who have been left with reduced incomes or no incomes at all as a result of the COVID crisis. The stress they are under can readily result in abuse.”

Nursing homes get most of the blame for elder abuse. But in too many cases, according to the National Center on Elder Abuse, the perpetrators are family members.

“Elder abuse is a widespread problem in America where 10,000 men and women celebrate their 65th birthdays each day; and where each year more people live longer than ever before. It is no longer unusual for us to live to be as old as 80, 90, and 100 years or more these days thanks to healthier lifestyles and the miracle of modern medicine. But, with age come new vulnerabilities that can make any of us susceptible to the crimes of angry and greedy predators. And that’s why it is up to younger friends and family who truly care to keep a watchful eye open for anomalies that indicate older loved ones may be victims,” says Weber.

The Website sixty and me reports that the most common type of abuse experienced by older Americans is neglect and that when senior citizens self-report abuse, statistics show that they are most likely to report financial abuse.

“It is far more socially acceptable, at least in some people’s minds, to report that they have been scammed than to state that somebody sexually abused them,”   added Weber.

Meanwhile, a wave of “downright shameful intimidation” may be in store for the elderly as a result of COVID-19. The virus appears to have triggered a wave of prejudice directed at our older population, says AMAC’s Weber.

Younger generations appear to be blatantly revealing ageist tendencies on social media with messages referring to the coronavirus with insulting epithets such as “boomer remover” and “coffin dodger.” According to the medical journal, Psychiatric Times,

“A Twitter analysis of 18,128 tweets between March 12 and March 21, 2020, showed that about one‐quarter of all tweets [about 4,500] could be considered ageist, either because they included jokes or ridicule aimed at older adults or because their content downplayed the relevance of COVID‐19 and/or implied their lives were less valuable,” Weber added.