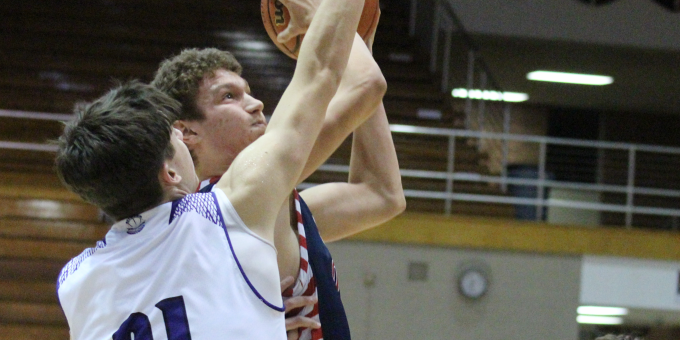 BEDFORD – Bedford North Lawrence will face Seymour in the opening game of the Class 4A sectional at Seymour.

The Stars (9-10) will clash with the Owls (10-9) in the first game on March 2. That winner will meet New Albany (15-6 With a 4-game winning streak) in the first semifinal on March 5. In the bottom half of the six-team bracket, Jennings County (10-9) will clash with Jeffersonville (10-6 after winning four straight) in the second game on March 2, and that victor will collide with defending champion Floyd Central (12-5) in the second semifinal on March 5.

The championship game is set for March 6.

BNL, chasing its first sectional title since 2001, already owns a regular-season win over Seymour. The Stars posted a 44-36 road triumph on Jan. 22 as Colten Leach scored 16 points. Landon Fritsch had 14 points for the Owls. BNL rumbled to a 13-3 lead and allowed only 9 points in the first half.

”It’s pretty good for us,” BNL coach Jeff Hein said. “The kids are excited. It’s one of the two teams in that tournament that we’ve beaten in the regular season, so we know we can do it. It’s a matter of going over there and getting it done.

”With it being over there on that site, in that gym, it should give us confidence that we’ve played well already this year, that we can do it. We’ll have to play well again to get it done, but we couldn’t have drawn it out a whole lot better than what it got drawn out.”

New Albany already owns victories over either potential semifinal opponent. The Bulldogs clipped the Owls 43-38 in overtime on Dec. 29, and they edged the Stars 53-46 on Friday night, pulling away in the final four minutes.

In the other first-round rematch, the Red Devils crushed the Panthers 72-43 on Feb. 13.

The sectional champion will advance to a two-game regional, including winners from sectionals at Whiteland, Bloomington South and Evansville North, at Seymour on March 13.