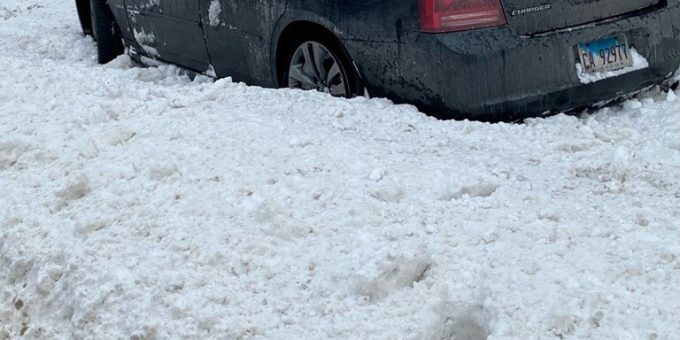 The trooper attempted to stop a 2007 Dodge Charger for traveling 111 miles per hour in a 60 mph zone. The driver was later identified as 22-year-old Anthony Hayes, of Chicago, IL. He failed to stop for the trooper and continued southbound on US 41 at a high rate of speed.

The trooper Trooper continued to pursue the vehicle to US 41 and County Road 650 South, where he was advised to terminate the pursuit.

Shortly after the pursuit was terminated, Hayes ran off the road on US 136 near County Road 800 West. Hayes exited his vehicle and requested a ride from a passing motorist. At that time, a Covington Police Officer arrived on scene and was able to safely take Hayes into custody without further incident.

Hayes is facing charges of resisting law enforcement with a vehicle, reckless driving, and operating a vehicle without ever obtaining a driver’s license.