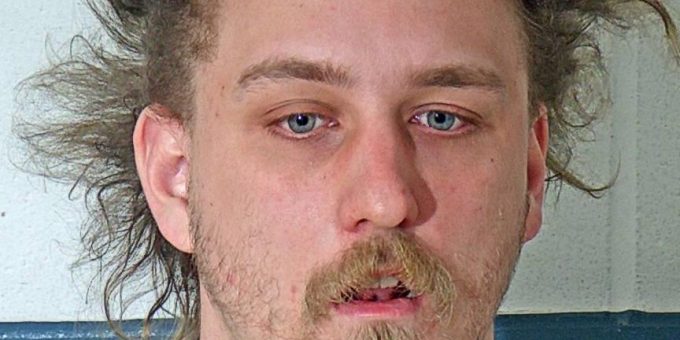 (MITCHELL) – An Orleans man was arrested Thursday night after a man filed a battery report with the Mitchell Police Department.

According to a probable cause affidavit, the alleged victim told officers he arrived to his home after work around 7:20 p.m. to find a belligerent 23-year-old Skyler Hughett in the kitchen.

While the complainant was in his bedroom changing out of his work clothes, Hughett pushed the man onto the bed and threatened to kill him.

The man was able to escape Hughett and the home and at that time traveled to the police Department.

Police say the man suffered multiple injuries during the altercation.

Officers went to the complainant’s home in the 1220 block of West Warren Street and spoke to Hughett.

Hughett was arrested on a charge of battery.