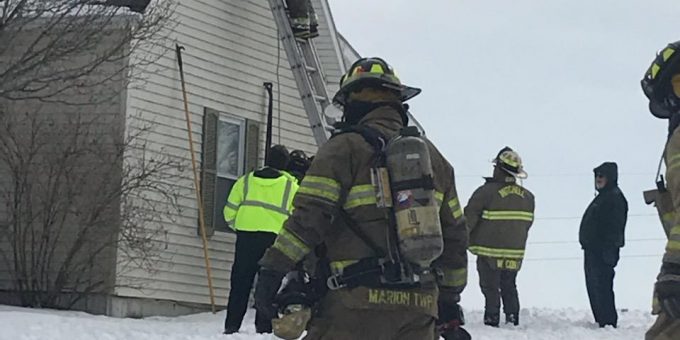 (MITCHELL) – Firefighters are at the scene of a house fire on Curry Street in Mitchell.

The home is owned by Mitchell Mayor JD England.

Firefighters with Mitchell and Marion Township Volunteer Fire Departments responded to the home at 1:16 p.m.

When firefighters arrived they found smoke coming from the attic area. They did find flames in the attic area after removing some insulation and extinguished the fire quickly. Firefighters believe the fire started from an electrical issue.

Mayor England was on the scene but didn’t want to comment at this time.

A Seals ambulance crew was also on the scene.