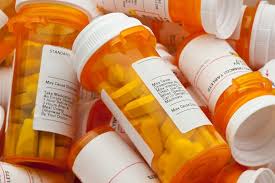 (WASHINGTON) – The Medicare Part D program pays far more than any other federal health program for prescription drugs, according to a report released today by the Congressional Budget Office (CBO).

“There is no rational reason why Medicare pays nearly three times more than Medicaid and about twice as much as the VA for the same exact medicine,” said Sanders. “Negotiating directly with pharmaceutical companies will substantially reduce the price of prescription drugs, and it is a national embarrassment that the Secretary of Health and Human Services is prohibited from doing that on behalf of the more than 40 million Americans who get their prescription drug coverage from Medicare Part D. It is time for Congress to take on the greed of the pharmaceutical industry and require Medicare to negotiate lower drug prices.”

These findings complement a recent Government Accountability Office report commissioned by Sen. Sanders which found that Medicare paid twice as much as the VA for a sample of brand name and generic drugs in 2017, on average.