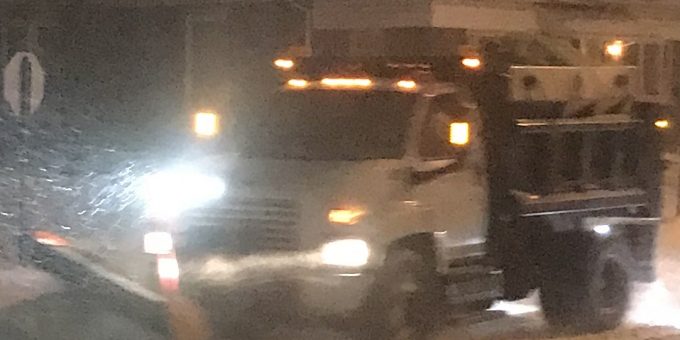 Bedford City Councilman Ryan Griffith asked Mayor Craig how everything went and if there was anything the street department needed.

“We continue to evaluate this response, I have been in talks with David Flinn on some of the equipment needs we may need in the future to better handle snow removal. One suggestion was a snowplow for our skid steer instead of a bucket. It may serve us better,” said Mayor Craig.

One hurdle the city experienced during this storm was adequate truck inventory. The city had two inoperable trucks out of service for repair when the storm hit. During the storm, a third truck broke down while in use. The street department was able to quickly get two of the trucks repaired and back on the streets.

There are a total of six plow trucks that are used to help with snow removal.

“I am proud of employees who worked hard to keep our city streets clear of the snow. Anyone with a CDL throughout our city was called upon to help keep our snow removal efforts going for 48 hours straight with round-the-clock coverage. It has been a very busy three or four days for our city employees,” added Mayor Craig.

The city has used 700 tons of salt so far this year. At this time it is difficult trying to get salt from suppliers. The city uses a supplier that the Indiana Department of Transportation uses. The city had four triaxle loads of salt delivered February 2nd.

The city is attempting to acquire one more load of salt, in hopes to provide enough salt supply through remainder of the winter season.

“We would like residents during a snow event to park their cars off city streets so we can remove snow easier. We realize that not everyone is able to do this but it would help us tremendously,” said David Flinn Bedford Street Commissioner.

The street department clears approximately 100 miles of asphalt with each truck deployment.

“Our crews started about midnight Monday and worked with crews around the clock until about 4:00 p.m. Tuesday afternoon,” said Flinn.

Bedford Fire Department also moved its extrication equipment from its normal apparatus to another response vehicle for improved navigation on the snow-covered roads. This will allow the extrication crews to reach accident scenes safely and timely, should they be needed.

“All of our department heads, work together in making sure that everything is covered during these events. It was a great team, and even though we had a few challenges, things worked out for us,” said Mayor Craig.