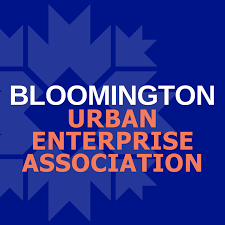 (BLOOMINGTON) – As part of Bloomington Mayor John Hamilton’s initiative to Recover Forward from the COVID-19 pandemic, the Bloomington Urban Enterprise Association (BUEA) has awarded the second round of grant funding to cultural organizations and artists that foster the arts and nurture communities.

During this round, $42,600 has been awarded to the following 25 grant recipients, representing a range from visual arts and letters to music and theater, that have availed themselves of online, digital, and other platforms to provide arts and cultural opportunities to residents over the next six to eight months:

“Bloomington’s ability to Recover Forward must encompass the arts organizations that make such a significant contribution to our city’s identity, our economy, and our collective benefit,” said Mayor John Hamilton.  “We know the pandemic has dramatically changed their ability to reach audiences and generate income, which makes more important than ever the support of these groups in their nimble transitions to new delivery models.”

This latest round of arts funding follows the BUEA’s Recover Forward Fall Grants totaling $48,000 to 21 arts and cultural-based organizations and artists to sustain arts and cultural programming during the fall of 2020 and into 2021.   Since March 2020, the BUEA has been working alongside the Economic Stabilization and Recovery Working Group (ES&R), convened by Mayor Hamilton to oversee the City’s response to the economic effects of the COVID-19 pandemic, an effort that has evolved into the City’s multi-year Recover Forward initiative.

ES&R has also been identifying local economic impacts, business needs, resources, and gaps; establishing a mechanism for providing local government funding relief and wraparound services; and facilitating community partnerships. ES&R is administering the Rapid Response Fund, which has provided much-needed support to local businesses in Bloomington over the past few months.

Additional resources for arts organizations, businesses, individuals, and those wishing to provide assistance are listed at the websites of the City of Bloomington and the Greater Bloomington Chamber of Commerce.