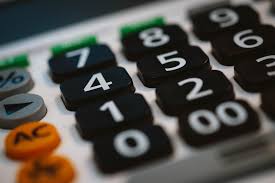 (JASPER) – A new cost estimate from the nonpartisan Congressional Budget Office (CBO) shows that Congressional Democrats’ new reconciliation bill will kill jobs and result in billions of dollars of unfunded mandates on employers.

Senators Mike Braun, Richard Burr, and Rob Portman previously asked CBO to estimate the impact that wage mandates will have on the country.

CBO’s new analysis shows the budget reconciliation bill being pushed by Congressional Democrats contains both intergovernmental and private-sector mandates that are higher than the thresholds set by federal law. In fact, CBO estimates that by 2025 when the minimum wage reaches $15 per hour under this bill – the additional annual cost to private-sector employers would be $45 billion.

CBO added that “Those amounts do not account for employers’ possible responses to the higher minimum wage, which could include reducing hiring, altering the composition of the minimum-wage and non-minimum-wage workforce, or purchasing equipment that would be a substitute for workers.”

Congress enacted the Unfunded Mandates Reform Act of 1995 to “control, if not eliminate, the imposition of unfunded intergovernmental and private-sector mandates,” yet Congressional Democrats seem committed to pushing through job-killing provisions contained in the House reconciliation bills, and at the peril of the American worker.

“As a business owner I prided myself on paying high wages, and I know that a $15 federally-mandated minimum wage would be a straitjacket on the economy and kill well over a million jobs, especially in areas hardest hit by COVID-19 like restaurants,” said Senator Braun. “What works for New York and California doesn’t work for Indiana, and Democrats should accept the findings of this nonpartisan cost estimate and abandon this job-killing bill that would stifle our economic recovery put more Americans out of work.”

February 9 Letter to CBO from Senators Braun, Burr, and Portman Asking for Unfunded Mandates to be Considered: https://www.braun.senate.gov/sites/default/files/2021-02/RaiseTheWage_CBO_UMRA.pdf