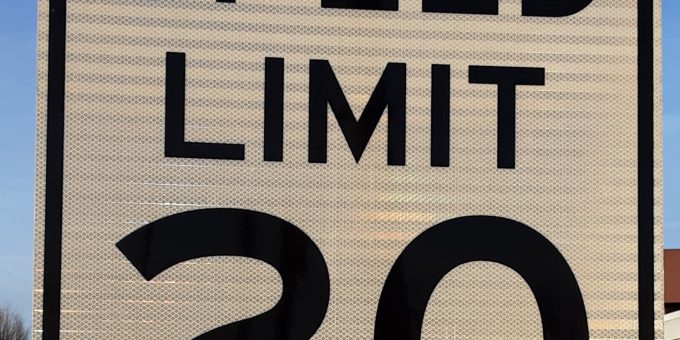 The Bedford Police Department has received several complaints about vehicles traveling too fast for conditions in the addition.

Chief Moore is concerned because residents that use the street to walk, bike, and run in the neighborhood because there are no sidewalks in the addition and there is vehicle parking on both sides of the streets. There is also a playground in the addition where area children play.

According to Chief Moore, someone on their own placed a 20 mile per speed limit sign on Central Avenue, but police cannot enforce it because the city ordinance has not been changed since 1993.

Chief Moore doesn’t know who placed the 20 mile per hour sign in the addition but legally it can not be enforced.

To enforce a speed limit the city will need to pass an ordinance. The department has to legally wait 30 days after that passage before they can enforce the new speed limit.

Bedford City Council members agreed and will make their third final passage of the ordinance at their next city council meeting.

Chief Moore also asked the council to pass an ordinance that would place three stop signs at different intersections in Broadview North Housing Addition. The stop signs are needed due to the expansion of the housing addition and the increase in traffic.

Again stop signs were placed at these intersections by the developer, but officers can not enforcing these stop signs because an ordinance has not been passed by city council.

A third and final passage of this ordinance is expected at the next city council meeting.

A new burn ordinance for the city passed Tuesday night. The new ordinance will allow Bedford Fire Department to approve all burn permits.

The ordinance added residential burn permits for those who own one acre or more. Those residents will be allowed to burn brush but must purchase a permit. The cost of the permit will be $100.