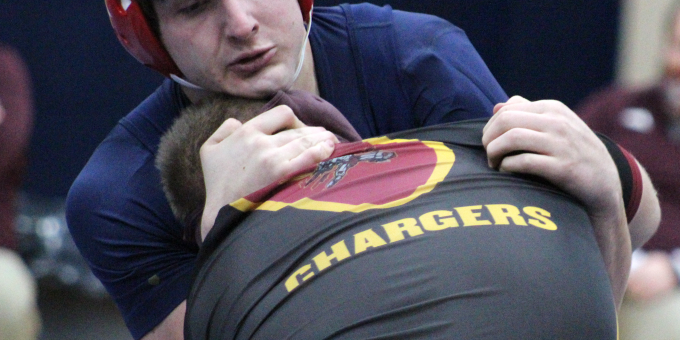 JASPER – Bedford North Lawrence’s James Covey bowed out of the state tournament series with a first-round loss in the IHSAA semistate on Saturday.

Covey, a sectional champion and third-place finisher in the regional, suffered a 7-3 defeat to Franklin’s Nolan Skaggs at 220 pounds and finished his senior season with a sterling 27-4 record.

“Obviously not the day we wanted,” BNL coach Chris Branam said. “But to be one of the top 64 in the state, especially with a labral tear (in the shoulder) is no small feat.

“I am very proud of James and all he has done as a wrestler and leader on the team. His work ethic, discipline and toughness on the mat are the traits we hope to instill in every wrestler at BNL. My only regret is that I don’t have more time with him.”

The top four in each weight division from the semistate advanced to the state finals.