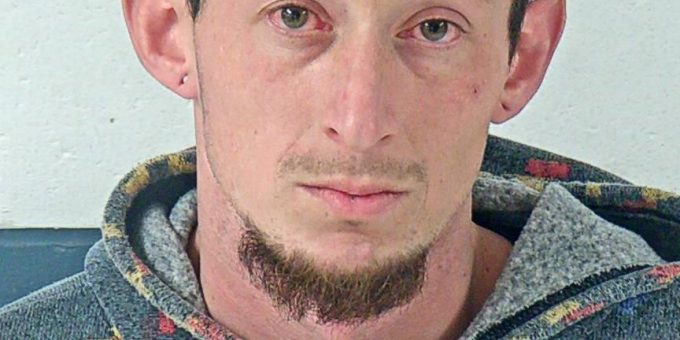 (BEDFORD) – A Mitchell man faces drug charges after a Bedford Police officer stopped his vehicle for he driving erratically.

The officer witnessed a maroon car enter the parking lot at the Super 8 Motel and then leave shortly after. The vehicle then traveled south on Bellback Road and stopped for a long period of time at the intersection of Bellback Road and John Williams Boulevard.

The vehicle then indicated a right turn, but turned left on John Williams Boulevard.

The vehicle had operable tail lights, and was stopped by the police officer.

Payton agreed to allow the officers to search his vehicle. During that search officers found an orange backpack with contents that included a glass smoking device and a cut straw that contained crystal meth residue.

Although Payton denied the backpack belonged to him, police found a bank receipt in the backpack with Payton’s name on it.

Payton’s female passenger was released from the scene.