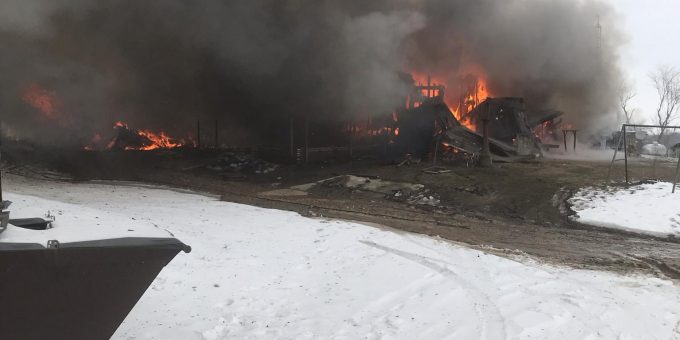 (FORT RITNER) – One person was transported to IU Health Hospital following a house fire in the 5000 block of River Road Thursday afternoon.

Firefighters from Shawswick, Marion, and Pleasant Run Township Volunteer Fire Departments were dispatched to the fire at 1:02 p.m.

When firefighters arrived, the home was engulfed in flames.

Cold temperatures and poor road conditions hampered firefighters’ efforts in fighting the fire. The temperature was around 24 degrees.

Three fire departments transported tankers full of water to the scene to extinguish the fire.

“The electrical box was popping, when the fire began,” stated Bobbi Rout, who owns the home.

The family moved in the home back in 1977. The home was a total loss, Rout stated they did have insurance on the home.