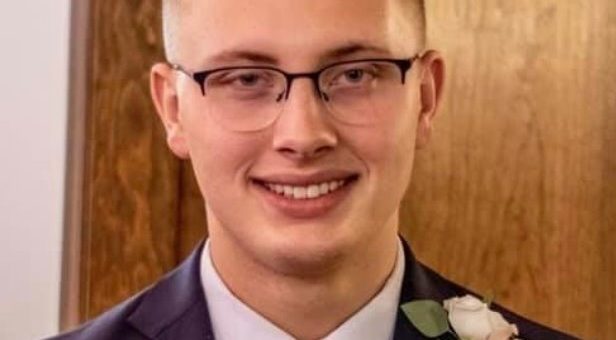 (BEDFORD) – A local minister, Brother Jesse Hearth with Guide Pointe Church, is preparing for a mission trip to Estonia.

Jesse Hearth a 2019 graduate of JC Christian Academy is the son of Bryon and Debbie Hearth of Bedford.

Hearth attended Indiana Bible College and has put his studies on hold there to attend Indiana University to study the language of Estonia. The courses will help him communicate with the Estonians and share his messages. There are only two universities in the United States that teach this language.

In additions to taking classes, Hearth plans to get a Bible in the Estonian language to help prepare for his mission trip.

“Right now, I am learning basic communication skills, they have an interpreter,” said Hearth.

Hearth accepted Christ and was baptized in 2007, and was filled with the Holy Ghost. Hearth states he was called to be a minister with mission work as a focus.

“I realized there was more to this world than this world,” said Hearth.”My favorite verse in the Bible is Mark Chapter 16:15-16 which reads, And he said unto them, Go ye into the world, and preach the gospel to every creature. He that believeth and is baptized shall be saved, but that believeth not shall be damned. I wanted to be sure God was calling me to do this type of work and was kind of conflicted on whether this is what I was called to do.”

Hearth’s decision to get involved in mission work started in 2015.

“I had a debate with myself whether I wanted to continue to attend church in general. I attended a youth service, and I asked God, if you are real and if this is what you want for me then I want you to tell me if you can still use me,” said Hearth.

A statement made by an evangelist at a Bloomington retreat motivated Hearth to take action. Shaun Lewis from Tennessee said, “You are in the process of making decisions that are critical, if you will sell yourself out to God he will use you mightily,”

Hearth began the preparations needed for his work, raising money for missionaries through “Sheaves For Christ”.

At the age of 17, Hearth prayed to God, questioning if he wanted him to go on global missions or not, and following that prayer, Hearth had a burden for Estonia.

Estonia is a remote country on the eastern coast of the Baltic Sea in Northern Europe, with 60 percent of the area not populated. The population is very skeptical of mainstream religions. The country is more agnostic towards religion.

Hearth says the missionary trip will be a challenge but his goal is to reach out to the youth and young adults and to help them find the truth.

There are three main cities that Hearth will be working in Tallinn. The capital city of Estonia, Tartu, and Narva, which is on the Russian border.

This money will afford Hearth his needs that will him to live in Estonia for seven months. This includes his housing, flight, medical insurance, day to day expenditures, and approximately a small meal budget of only $10 a day.

“This trip is not a vacation, but for me to be used as a vessel and labor in the fields for Christ,” said Hearth.

If you would like to follow his mission trip preparations, and his work through his ministry in Estonia you can visit his Facebook page Reaching Estonia.

Hearth will be leaving on June 5, 2021, and will return before Christmas of this year. Once he returns he will be attending Indiana Bible College in Indianapolis. He will major in missiology with his minor in theology.