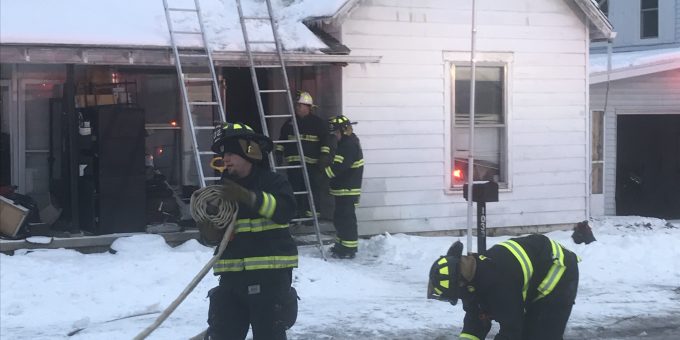 When firefighters arrived they found heavy smoke coming from the attic. According to Bedford Fire Chief John Hughes, they believe the fire was electrical in nature.

Temperatures at the time of the fire were at 15 degrees.

“I woke up this morning walking from my kitchen into the laundry room when I saw smoke coming from the rafters,” said Walt Wachman.

Wachman, his girlfriend Kristie Dymond and his son Blaze Wachman, were at the home when the fire started. Their other son was not home.

Everyone got out of the home safely.

Wachman states he did not have any insurance on the home. The American Red Cross was contacted to help them with their immediate needs.

The Wachmans have no family in the area.

“We have lost everything in the home, and will be needing some clothing,” he added.