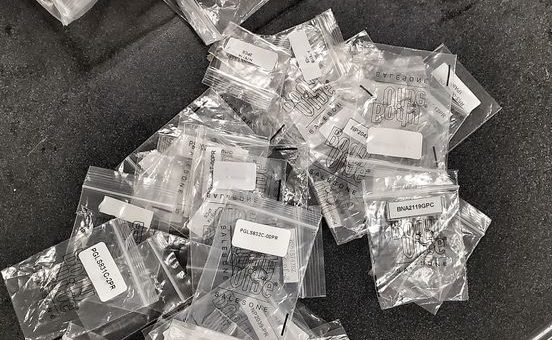 (SEYMOUR) – This morning at approximately 2:00 a.m., a Seymour Officer initiated a traffic stop on a 2009 Ford Escape at the intersection of Brown Street and Marley Lane for an equipment violation.

During the stop, a K-9 alerted officers to possible drugs in the vehicle.

During a search of the vehicle, officers found a loaded handgun in the glove box and multiple portable safes in the vehicle.

They also found ammunition in one of the men’s pockets.

On the driver’s side floorboard, officers found a baggie of marijuana.

The driver, Hayden Gray, and her passenger, Matthew Norman refused to answer any questions at the scene.

Both are being held in the Jackson County Jail.