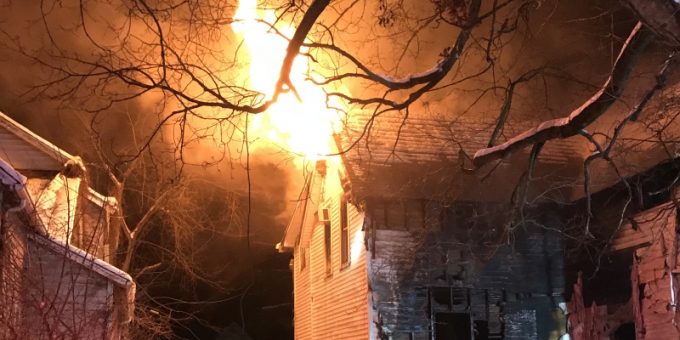 (COLUMBUS) – Firefighters in Columbus responded to a fire at a two-unit apartment Tuesday evening.

When firefighters arrived they found flames shooting out the ground floor apartment up the second floor.

Firefighters knocked down the outside flames and entered both apartments, and found no one home in either apartment.

After gaining access to the attic area, firefighters were able to extinguish the fire.

A neighbor was able to rescue the couple’s dog, but a cat was unaccounted for.

Damages to the home were estimated at $60,000 and the home is uninhabitable. The Salvation Army is providing assistance to the occupants.