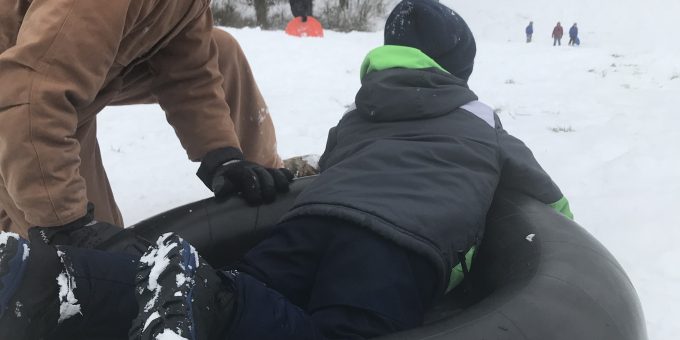 (BEDFORD) – The weather that dumped about 5 to 7 inches of snow Monday night into Tuesday morning kept some people busy working and for others, it was a time to get out and play.

The City of Bedford Street Department, Lawrence County Highway, Indiana Department of Transportation, and local snow removal companies were out in full force working long hours to get streets, highways, and parking lots ready for the commuters Tuesday morning.

Local schools closed allowing some families to enjoy a snow day. The local hills had people on sleds, inner tubes, and snowboards seeking some thrills and winter excitement they had not seen for a while.

Otis Park, Wilson Park, and Thornton Park were areas where many took their children to sled. Otis Park had a large number of people hitting the hills.

For many Otis Park is their favorite place to go when the snow starts flying.