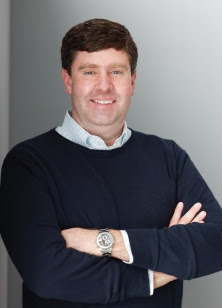 (INDIANAPOLIS) – The Indiana Region of the American Red Cross is pleased to announce the appointment of Steve Spinner as a chief development officer, effective February 8, 2021.

Spinner is responsible for leading the Indiana Region’s fundraising team and developing and implementing strategies to grow the donor base.

Before joining the Indiana Region, Spinner served as philanthropy officer for the Northeast Division of the American Red Cross. He also served as interim chief development officer from 2018-19 in the New Jersey Region, where he was responsible for all fund development activities to sustain and expand critical programs and services across the Garden State. Under his leadership, the region exceeded its annual fundraising target by 21 percent.

Spinner recently completed his eighth year at the Red Cross and is recognized as one of the organization’s leading fundraisers. He is often among the top 10 fundraisers nationally and was consistently ranked the number one fundraiser in the New Jersey Region, having personally raised nearly $30 million in support of national and statewide programs.

“Through his leadership and fundraising prowess, Steve continually makes a positive and lasting impact on the Red Cross mission,” said Chad Priest, regional CEO of the American Red Cross—Indiana Region. “We’re thrilled to have his energy and skills focused right here in the Indiana Region.”

Spinner has more than 15 years of experience working with organizations in different nonprofit sectors. At Rider University, he served as the director of annual giving where, under his leadership, the university had the largest annual fund total ever recorded in the school’s history. Later, Spinner served as the senior director of major gifts for the university’s school of music, Westminster Choir College, where – working collaboratively with the dean and his senior leadership team – he launched a successful capital campaign that received $20 million in philanthropic commitments.