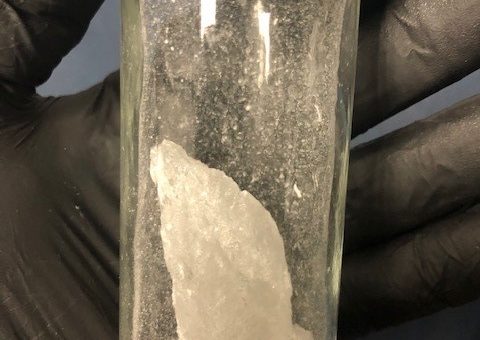 (KOSCIUSKO CO.) – Late Wednesday evening a male impaired driver fled from a trooper, crashed a vehicle into a parked car, fled on foot, broke into a garage, and was apprehended by a K9 and arrested on numerous charges.

Just after 8 p.m. on February 3, Trooper Ryan McNamara was traveling west on County Road 900 North behind a red 2007 Pontiac. The trooper said the driver was impaired and stopped the vehicle after the driver crossed the center line and went into the southbound land of Old State Road 15 and Mock Road.

The driver refused to stop and sped off at a high-rate of speed.

The driver continued to flee and entered the town of Milford. At the intersection of Main Street and Section Street the Pontiac failed to negotiate a turn and crashed into a parked Ford Explorer.

The driver of the Pontiac then exited his car and fled on foot, running west through residential yards.

A K9 tracked the male and found him hiding in a garage he broken into in the 200 block of South Higbee Street. The driver was apprehended by the K9 and officers of the Warsaw Police Department. The male had changed his clothes with some he had found in the garage.

The driver was identified as 36-year-old James Barr, of Columbia City.