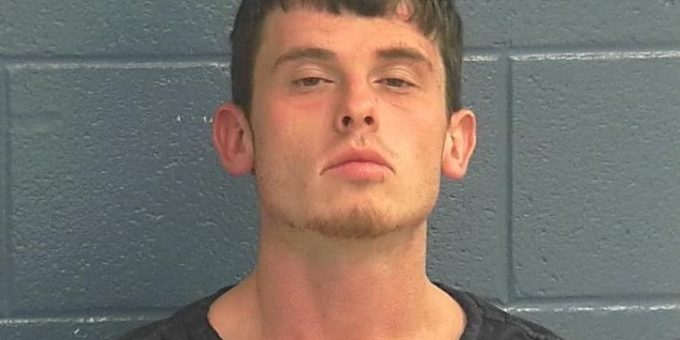 (HARRISON CO.) – A Corydon man was arrested Saturday on multiple charges after leading officers on a short pursuit and crashing into a beanfield south of Corydon.

Around 7:50 p.m. an Indiana State Police trooper was attempting to stop a black 1999 Infiniti Q45 passenger car for speeding near Capital Avenue and Walnut Street in Corydon. The vehicle initially started to pull into a parking area but then quickly sped off in the direction of the Harrison County Fairgrounds.

The car continued south on Old Highway 135 at speeds more than 90 miles per hour, running multiple four-way stop intersections occupied by other motorists.

The driver, identified as 25-year-old Gregory Steiner, of Corydon was arrested after exiting the vehicle.

During a search of the crash scene and vehicle, officers located approximately 4.5 grams of meth in separate packaging, some of which was found in a plastic vile hidden inside a flashlight handle.

Steiner was medically cleared and then transported to the Harrison County Jail on charges of dealing meth, possession of meth, resisting arrest with a vehicle, criminal recklessness, reckless driving, and resisting arrest.