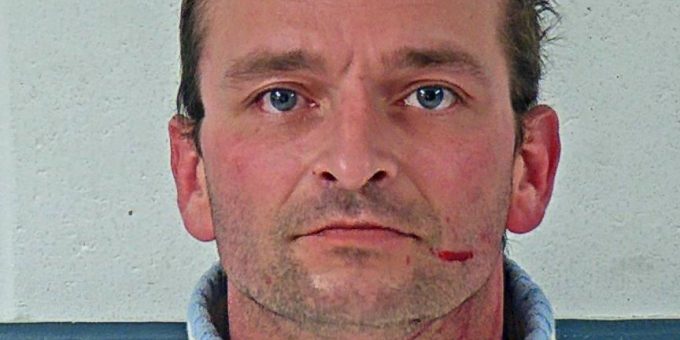 (BEDFORD) – A Bedford man was arrested after Lawrence County Sheriff’s Department deputies were alerted by a juvenile female regarding a verbal disturbance between her mother and stepfather in the 4800 block of Peerless Road Sunday night.

When deputies arrived they found 40-year-old Jesse Sowders on the front porch.  The female and three children were inside the residence.

The family returned from vacation on the Saturday prior to incident. The female reported Sowders had consumed a large amount of alcohol from a bottle that he brought back from that vacation.

She told the deputies an argument began between the two of them leading to an altercation on the front porch. Sowders grabbed the woman which led her to scratch Sowders’ face. Authorities say Sowders suffered minor scratches to his face and neck.

Both parties of the residence agreed to separate for the evening to prevent further issues, prior to departure of the deputies.

Shortly after leaving the residence authorities received a phone call requesting a return visit to the residence. The caller reported that Sowders was being verbally aggressive again toward the woman and the children.

Upong the arrival of the deputies, a juvenile male entered the room where Sowders was located and emotionally begged Sowders to stop causing issues within the home. Sowders then lunged at the juvenile male, however an officer was able to refrain Sowders from inflicting any injury to the juvenile male.

Sowders was arrested on a charge of disorderly conduct.