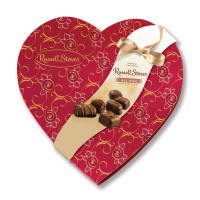 (UNDATED) – Valentine’s Day is a time to celebrate romance and love and kissy-face fealty. But the origins of this festival of candy and cupids are actually dark, bloody — and a bit muddled.

Though no one has pinpointed the exact origin of the holiday.

Covid-19 will strike Valentine’s Day hard, according to the National Retail Federation. Spending is projected to be down more than 20 percent from last years all-time high of $27.8 billion for general Valentine’s Day celebrations. A twenty percent decrease is a lot, but people are struggling and there’s a once in a lifetime worldwide pandemic – It’s understandable.

With rising COVID-19 cases and continued restrictions on indoor dining across the country, many consumers are swapping a romantic evening out for an at-home meal or celebration. Just 24 percent say they will celebrate with an evening out this year, down from 34 percent last year and the lowest in history.

As a percentage of total spending though, candy will be up by 2 percent. It’s one of the few areas of holiday spending that will increase per capita, along with gift cards and greeting cards.

They say candy is recession proof. It might be pandemic proof too.

What will top the list as the top-selling candy for 2021 for Valentine’s Day in Indiana? Taking first place – heart-shaped boxes of chocolates. Caramel-flavored chocolates are the most popular in those boxes. Chocolate-covered nuts were a close second.

Coming in second will be those little conversation hearts with their witty sayings and taking third place chocolate roses.

Why is chocolate associated with Valentine’s Day?

Chocolate is considered aphrodisiac food since the time of the Aztecs. Chocolate is said to contain a substance that inflames desire and makes the beloved one more open to romance. In the olden days, this resulted in the tradition in European royalty to give their lovers chocolates mixed with amber to stimulate their love.

Where did those cute boxed chocolates originate?

In 1822, John Cadbury opened a tea and coffee shop in Birmingham, England. He soon expanded into chocolate manufacturing, and in 1861 his son Richard greatly increased sales by packaging Cadbury chocolates in the world’s first heart-shaped candy box for Valentine’s Day.

Whitman becomes the first packaged confection in a printed, marked box-now known as a “trademarked” package. Whitman’s first newspaper advertisement, a novelty during the era, appeared on December 29, 1860 – just months prior to the beginning of The Civil War.

Some information provided from CandyStore.com