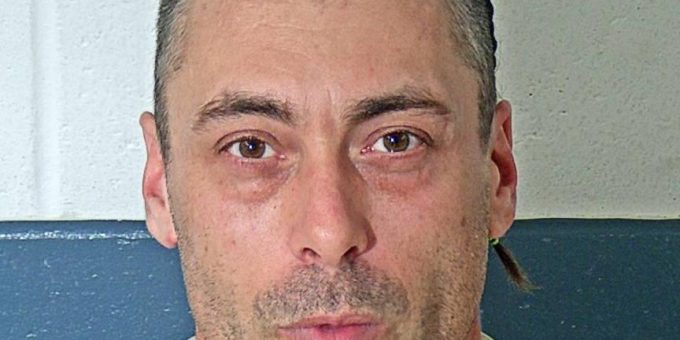 (BEDFORD) – A Bedford man was arrested early this morning after a warrant was issued for his arrest on charges of domestic battery, interfering with reporting a crime, and intimidation with a deadly weapon.

According to a probable cause affidavit, on January 16th at 10:28 a.m. dispatchers received a call from a woman reporting she had been assaulted by Dayhoff.

When police arrived, the woman told police Dayhoff had slammed her into walls, head butted her and shattered her cell phone. She suffered bruising and abrasions to her arms.

He left the home before police arrived.