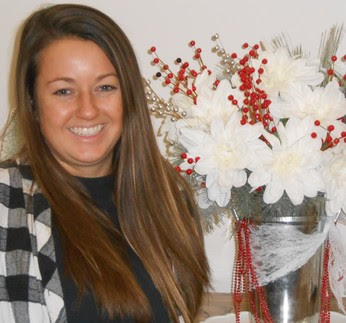 Angie began her career with the Indiana Department of Correction (IDOC) in September 2014 as the Unit Team Secretary at RCF, and in October 2015 was promoted to Correctional Caseworker. In her new role as Correctional Casework Manager, Angie will continue to work with the offender population to build and restore those positive lines of support from family and/or friends.

Caseworkers are key advocates and links between the offender and meaningful rehabilitative programming, utilizing Evidence-Based Practices that aids in the decrease of recidivism and the reacclimating of the offender to their communities as pro-social productive citizens. From the moment the offender arrives at RCF, the caseworker beginnings working on a case plan that addresses the offender’s most pressing needs. The caseworker is in contact with the courts, social services, and parole boards helping the offender prepare for a successful re-entry back to their community. The caseworker is the person making the necessary arrangements for housing for the offender upon release. As a Correctional Casework Manager, Angie will continue with all aspects of that important role, along with being the direct-report supervisor of up to three Correctional Caseworkers. Since coming to RCF, Angie’s goal had been to become a Correctional Casework Manager. To that end, she has attended various training and leadership opportunities, including Women in Leadership and the pilot class of Peer Leadership for IDOC. She can now use the skills she has learned and can share that knowledge with her caseworkers, helping them to achieve a successful IDOC career.

Angie acknowledges that along with the promotion comes a lot of hard work. Angie said, “My new goal is to now be the best Casework Manager that I can be!”