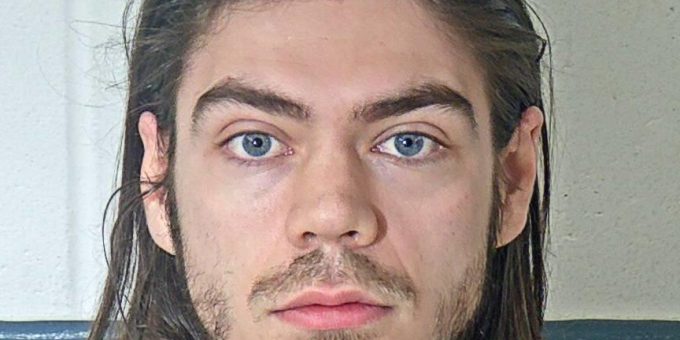 (MITCHELL) – A Mitchell man was arrested on intimidation charges after a warrant was issued for his arrest.

According to a probable cause affidavit, on January 18, 2021, at approximately 8:18 a.m., the  Lawrence County Central Dispatch Center received a call  for service from a male regarding a “citizen’s assist”.

Officers spoke to the male over the phone. The male told police he had an issue with a shared vehicle. He acknowledged that he and his ex-girlfriend were both registered owners of this shared vehicle.

The male told the officer he had taken possession of their vehicle due to ongoing issues with nonpayment by the ex-girlfriend.

The male told police he moved the vehicle to another location other than his home.

The issue now stemmed from items in the vehicle that belong to the ex girlfriends’ new boyfriend, Joseph Bennett. The items included Bennett’s wallet, clothing, boots and tools.

The male asked police if they could make contact with his ex-girlfriend to drop the items off. He told police he attempted to contact her on his own but she must have blocked his phone number.

Police obtained the woman’s phone number and spoke to her about the items stating the male was willing to make arrangements to drop off the items.

Police say the woman became argumentative on the phone.

At approximately 9:28 a.m. the male came to the Sheriff’s Department to report threats.

The male told police at approximately 9:12 a.m. he received a phone call from his ex-girlfriend’s cell phone number. However, Bennett made the call threatening the male.  The male recorded the phone conversation.

Police advised the male to simply drop the unwanted personal property off to the police station to avoid further altercation or possible theft allegations.

Bennett later contacted the department, but denied making any threats. Bennet refused to go to the station to make a statement of his own.

Bennett and his father later arrived on station to pick up his property and departed the station.