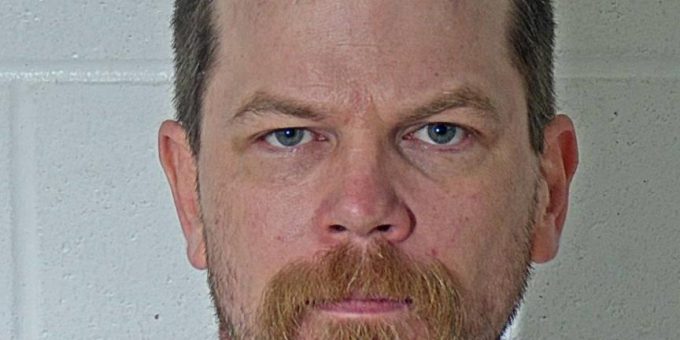 (BEDFORD) – A Bedford man was arrested on a warrant Tuesday morning on charges of domestic battery in the presence of a minor and interfering with a crime.

According to a probable cause affidavit, on January 20th at. 11:54 p.m., Bedford Police officers were called to the home on Windsor Drive after a report of a domestic dispute.

When police arrived to the scene, the woman was outside the home and Childers was not present.

The woman stated that while she was attempting to go into another room to stay clear of the intoxicated Childers, he began to verbally assault the woman. The woman admitted to striking Childers at that time.

Childers responded by grabbing her by the neck and “body slammed” her onto the ground.

He then destroyed the woman’s cell phone when she attempted to call 911.

After the altercation, Childers took the keys to the vehicle and left.

The woman complained of a slight headache but refused medical attention.

The woman refused to file charges. The information was forwarded to the Lawrence County Prosecutor’s Officer and a warrant was issued for Childers’ arrest.