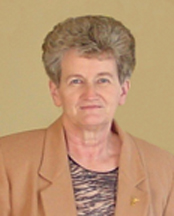 Judy was formerly a manager at Montgomery Ward, and most recently was a pharamist’s assistant at CVS.  She was a member of Pinhook Christian Church and a 1961 graduate of Tunnelton High School.  Judy enjoyed her grandkids and geneology.

Her parents; husband; and sister, June Fisher, preceded her in death.

Funeral service will be at 1:00 p.m. Wednesday, February 3, at the Pinhook Christian Church with Larry Chastain officiating.  Burial will be in the Pinhook Cemetery.

The family will receive friends from 12:00 p.m. until the service on Wednesday at the church.