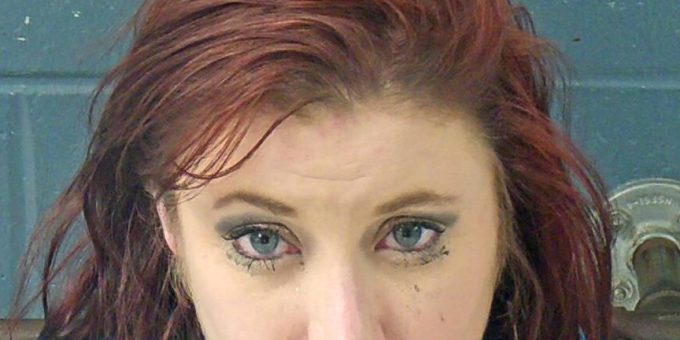 (MITCHELL) – A Mitchell woman was arrested early Saturday morning after a Mitchell Police officer stopped her vehicle on State Road 37, in front of the Sinclair gas station because the license plate on her vehicle was not illuminated.

The driver of the vehicle was 25-year-old Felisha Webb. She told the officer she didn’t have a driver’s license and was driving on a learner’s permit.

The officer then asked for consent to search the vehicle, which Webb denied.

K-9 Dusty was then requested to the scene and alerted officers to possible drugs in the vehicle.

While the dog was walking around the vehicle, an officer noticed Webb attempt to conceal something down her pants.

The officer asked Webb if she had anything illegal on her person . She replied that she had meth in her pants. A female officer found a baggie with 0.55 grams of crystal meth and a cut plastic straw contained inside a plastic container during the body search.