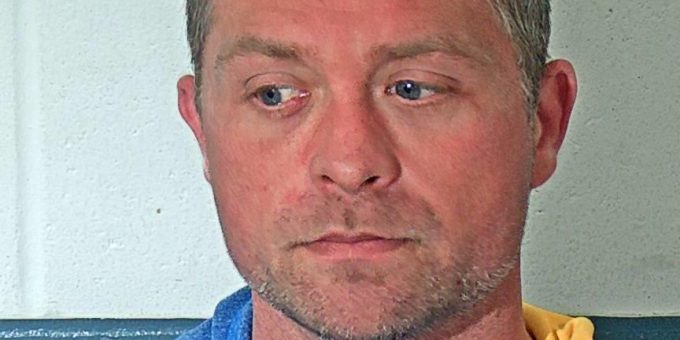 The passenger of the vehicle 44-year-old Jeffrey Crowder, of Bloomington, was wanted on a warrant for failure to appear in Monroe County and was arrested.

The driver 37-year-old Brandon Fisher, of Glasgow, KY., was asked to step out of the vehicle.

K-9 Zazu alerted officers to possible drugs in the vehicle.

A sharps container with multiple used syringes inside was also found.