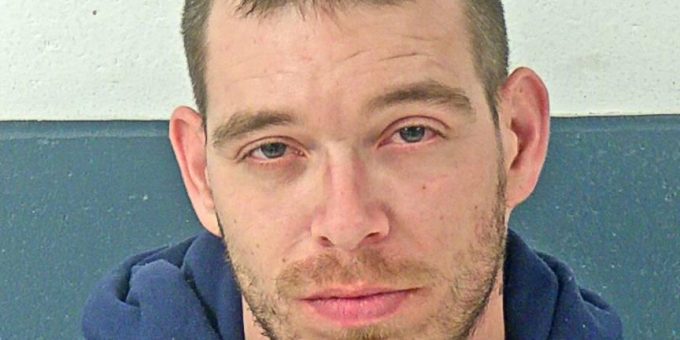 (BEDFORD) – A Bedford man was arrested on drug charges and driving without a license after he lied to police.

Bedford Police arrested 33-year-old Shaun East on charges of possession of meth, driving while driver’s license suspended with a prior conviction, possession of drug paraphernalia.

According to a probable cause affidavit, on Thursday at 11:06 p.m. Bedford Police officers were in the parking lot of Ted Jones Drive on an unrelated incident, when a red Dodge Avenger driven by East entered the parking lot from 29th Street.

“As the operator  spotted our patrol vehicles, the vehicle abruptly stopped, was placed into  reverse, and then began traveling eastbound on 29th Street,” wrote Officer Clayton Blackburn. “This began to raise  suspicion that the operator might have been trying to avoid contact with the police.”

“The vehicle waited for me to pass him and then pulled out behind me. I then observed the vehicle turn northbound onto P Street from 25th. I turned around in the St. Vincent Plaza parking lot and ended up behind  the vehicle on P Street. The vehicle then abruptly turned into the St.  Vincent/Dunn Emergency Room parking lot without utilizing a turn signal,“ Officer Blackburn wrote.

When East was questioned, he claimed he was visiting a girlfriend whom was inside the emergency room for Covid-19 treatment. The officer reported East appeared to be nervous by not making eye contact and had a slight shake in his voice. Captain Lee and Sergeant Hamilton arrived to assist with the stop.

When asked for a driver’s license. East stated he didn’t have one in his possession.

East then admitted his girlfriend was not in the emergency room and he was lying to avoid officers due to not having a driver’s license.

Officers then asked to search East’s vehicle. He gave consent. During that search officers found a hollowed-out ink pen that contained meth residue.