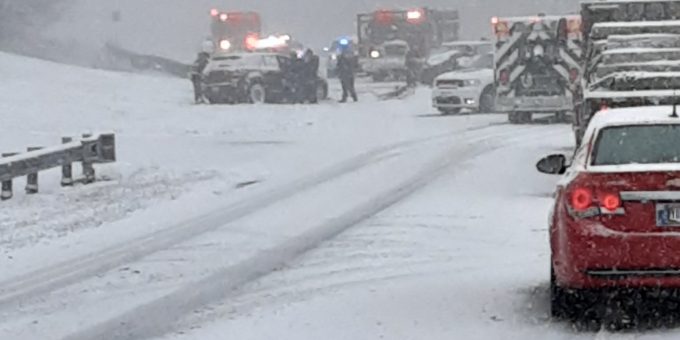 Bedford Police officers responded to the accident at 4:06 p.m.

According to a Bedford Police report, 17-year-old Madison J. Lynch, of Williams, was driving eastbound on State Road 58 in a 2011 Kia Soul when she crossed over the center line into the path of a 2014 Lincoln driven by 46-year-old Cassandra D. Root, of Bloomington.

Root told officers that she did not know whether to swerve or take any other maneuvers due to the weather conditions.

The two vehicles collided. Both vehicles had heavy front-end damage.

Lynch was unresponsive suffering head injuries, with severe bleeding. Knowing the nearest ambulance available would travel from Bloomington, and due to her extensive injuries, officers transported her by police car to IU Health Bedford Hospital. A second officer continued medical care to Lynch during the transport.

Lynch was later transferred to IU Bloomington Hospital by ambulance.

Root was freed from her vehicle by members of the Bedford Fire Department. She complained of right knee pain but refused to be transported to the hospital.

Both Root and Lynch submitted to blood-draws which is standard procedure in all serious accidents.