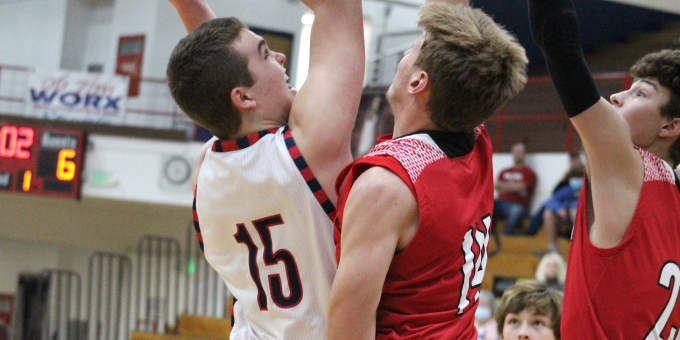 BEDFORD – Bedford North Lawrence had a schedule hole, thanks to COVID adjustments to the Danny Bush Classic in December that eliminated two games, thanks to Mitchell’s inflexible stance and insistence to play without fans on Jan. 15. The annual county rivalry was cancelled.

That’s why the Stars will host Indianapolis-based Horizon Christian on Saturday night. At this point, with only one month remaining in the regular season, a game is a game. Need can create strange alliances.

BNL will welcome the Lions (10-4) to the den of BNL Fieldhouse, with Horizon posing a mystery in terms of a scouting report and familiarity.

“You don’t know what you’re getting yourself into,” BNL coach Jeff Hein said. “We’ll do the best we can, and go play. We’ve lost some games, and this is the chance to play again. You play whoever you get the chance to play. It’s tough to get someone to come on the road and play.”

Here’s what is known. Horizon has played only four teams that will eventually compete in the IHSAA state tournament, conquering Class A’s Traders Point Christian (47-32) and Bloomington Lighthouse (61-43) while falling to Class A Bethesda Christian (69-45) and 3A’s Indianapolis Washington (72-52).

“We are very grateful and excited to play against a program like BNL,” Horizon first-year coach Josiah Godbey said. “There’s a lot of history in that gymnasium, so I’m sure stepping on that floor will be really special.

“This will be the first 4A program that Horizon has played in the last 7-8 years (Gary West in 2013), so we see this opportunity as a sign our program is moving in the right direction.”

Records: Horizon Christian 10-4 (at Lakeview Christian on Friday); BNL 6-7 (vs. Jeffersonville on Friday)

Game notes: Horizon Christian is not yet eligible for the IHSAA state tournament. The Lions have played four games against IHSAA teams, going 2-2.