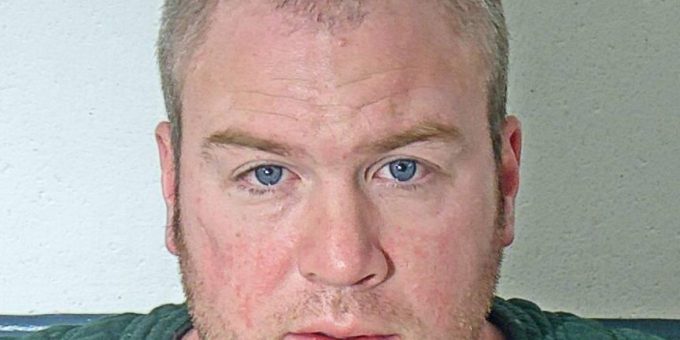 (BEDFORD) – A Bedford man was arrested Tuesday night after he attempted to enter the fire station and was later seen laying in a grassy public area on Fifth Street.

Police officers were told the man appeared to be impaired.

When police arrived they found him at the entrance of IGA. The man, 37-year-old Leslie Smith, was urinating on a trash can.

Officers learned Smith entered the store, frightening two female customers inside. One female was escorted to her vehicle by a store employee because she feared for her safety.

Police say Smith was intoxicated. Smith admitted to drinking large amount of Vodka and offered to pay them money to not take him to jail.

Officers administered a portable breath test, of which Smith failed. Smith was transported to the Bedford Police station for processing and later transported to jail.

At the jail, Smith was combative with the transport officer and jail officers, which led to Smiths restraint.