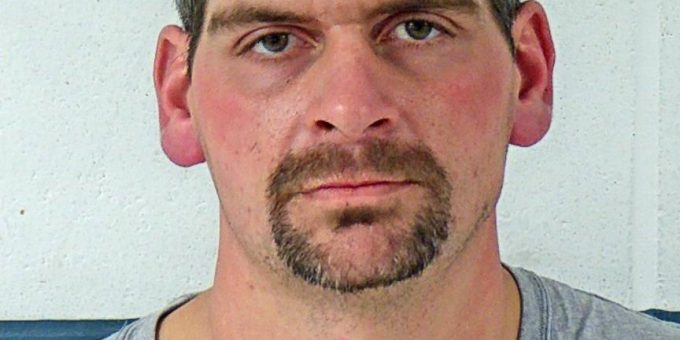 (BEDFORD) – A Bedford man was arrested early this morning after a Bedford Police officer found him cutting firewood in Wilson Park.

Police arrested 34-year-old Matthew Smith, on charges of possession of meth, criminal mischief, and theft with a prior conviction.

According to a probable cause affidavit, a Bedford Police officer was patrolling Wilson Park to make sure no one was in the park after hours.

The officer spotted a vehicle off the roadway at the bottom of a hill parked by the woodline inside the park.

The officer encountered Matthew Smith carrying a chainsaw as he approached the parked F-150.

While walking to the vehicle, there were obvious tire ruts in the grass and mud that lead to the parked truck. The officer also saw a large tree that was on the ground that had several large limbs removed. A box in the back of the truck was filled with pieces of cut timber.

The officer then asked consent to search Smith’s truck and person. The officer found a baggie containing crystal meth in one of the pant pockets.

Smith told the officer, that it was “like $20 worth of meth”.

The vehicle was towed from the wooded area. The registered owner of the truck arrived on the scene, paid the towing company and took possession of the truck.