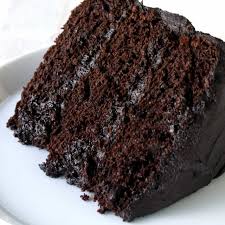 (UNDATED) – Today is National Spouses Day, so why not surprise your better half with a gift or treat to show them how much you appreciate having them in your life.

From 1941 to 1945 Nazi Germany and its collaborators committed the systematic murder of over six million Jews. The Holocaust, also known as the Shoah, was Nazi Germany’s “Final Solution” for eliminating all Jewish people within Nazi Germany’s grasp. By the end of this heinous act, roughly two-thirds of Europe’s Jewish population had been murdered. International Holocaust Remembrance Day when remember the Nazi’s act of genocide so that no one else will suffer like that again.

National Chocolate Cake Day is also on the menu Thursday. Yes, that’s right, a day for eating chocolate cake without a shred of guilt. You’re the reason we know what happiness tastes like.

Friday is an opportunity to get building for National LEGO Day or if puzzles are more your thing, it’s also National Puzzle Day.

Whether it’s a crossword, jigsaw, or Sudoku, puzzles engage your brain in more ways than one. Scientists have discovered that when we work on a jigsaw puzzle, we utilize both sides of the brain, improving memory, cognitive function and problem solving skills in the process.

To kick off the weekend enjoying a croissant on Saturday which is National Croissant Day.

While most of us know it as a French speciality the croissant actually originated in Austria under the name “kipferls”. Marie Antoinette first introduced the Austrian pastry to France when she married into the royal family and requested the simple cake in the crescent shape of her homeland. The French bakers created fancier versions of “kipferls” and thus, the croissant was born.