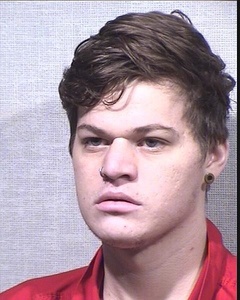 (SEYMOUR) – A Seymour man is facing attempted murder charges after dispatchers received a call reporting that an individual had been stabbed in the 900 block of North O’Brien Street.

The incident was reported on Thursday, January 21, 2021, at approximately 10:26 p.m. to the Seymour Police Department Communications Center.

Seymour Police responded to that location and found a 30-year-old male had suffered a stab wound to the stomach. Police say the male was stabbed with a spear.

The male was rushed by ambulance to Schenck Medical Center for treatment. He was then transferred to Methodist Hospital in Indianapolis.

Investigators secured a search warrant for the home on North O’Brien Street. Police officers located drugs, drug paraphernalia, and the spear allegedly used in the incident.

Smith was taken to the Jackson County Jail.

At the time of this news release, the victim was listed in stable condition.